Skip to content
Home > Substance Abuse > How Much Meth Do I Need To Take To Get Withdrawal? 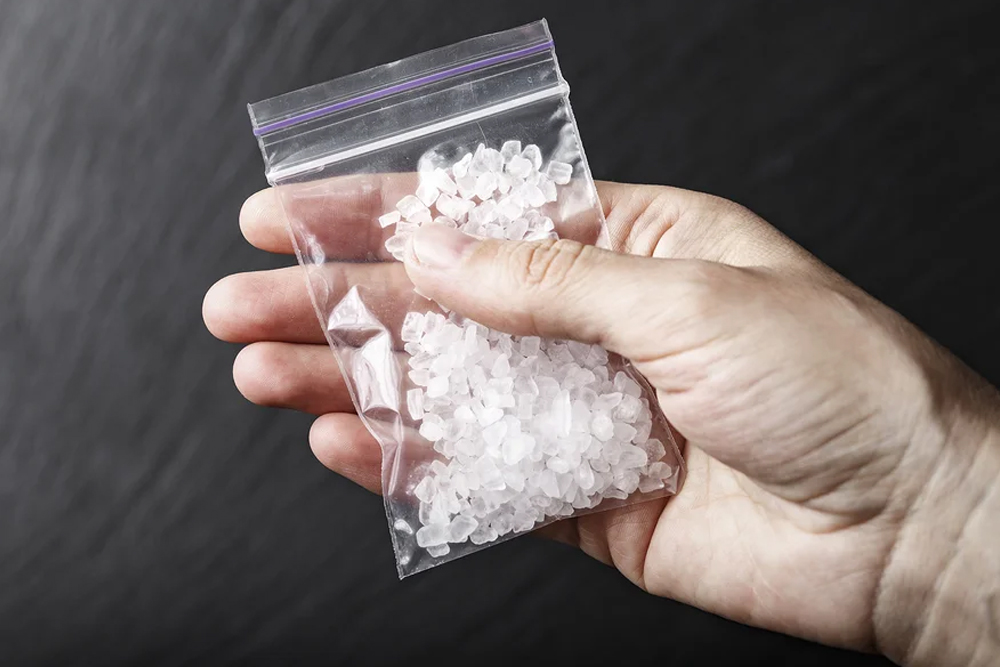 How Much Meth Do I Need To Take To Get Withdrawal?

Meth, short for methamphetamine, is a common recreational drug in the United States. It is based on amphetamine, which is seldom prescribed to treat conditions like narcolepsy, ADHD, and obesity. Amphetamines are rarely used in a medical context, though, because of its addictive potential.

As a recreational drug, meth is a stimulant. When you take it, you will become more active, alert, and talkative. You will also get a really pleasant high, which is the biggest effect that makes this drug addictive.

As with any addictive substance, using this drug habitually puts you at risk of meth withdrawal. Read on to find out how much you can take before suffering from withdrawal symptoms.

What are crashes and comedowns, and how are they different from meth withdrawal?

Any sort of discomfort you experience after you stop taking meth can be chalked up to withdrawal. But when talking about meth or similar amphetamine-based drugs, you may have heard of crashes and comedowns. They may be similar to withdrawal, as some symptoms are the same, such as:

The main difference between the three is how severe the symptoms are. Usually, a comedown comprises mild symptoms, a crash has moderate symptoms, while withdrawal refers to the most severe ones.

The severity of symptoms also depends on your lifestyle choices while using meth. If you do not eat or drink water while using this drug, you will most likely have more intense withdrawal symptoms.

What are the symptoms of meth withdrawal?

To avoid confusion, let’s use “withdrawal” to refer to any unpleasant symptoms you experience when you stop taking meth. Withdrawal begins within 24 hours of stopping your intake of the drug, and they can reach their peak in 24 to 48 hours. In some cases, symptoms can take up to 7 days to peak.

Here are the common withdrawal symptoms:

The intensity of your symptoms depends on a number of factors, such as how often you use meth, how much meth you take each time, and whether or not you have underlying health conditions. If you have been taking large or frequent doses of meth, you can expect withdrawal to be worse. Similarly, any pre-existing health conditions can make your symptoms more uncomfortable.

In many cases, most withdrawal symptoms subside within 7 days. Some mild symptoms can persist for up to 14 days, though. A small 2011 study with 13 meth-dependent participants found that depression mostly went away after 1 week, while anxiety and other symptoms died down within 2 weeks.

Additionally, based on the same study, participants who slept a lot in the first few days of abstaining from meth reported feeling more rested after sleeping. But their overall sleep quality, quantified by how long it takes them to fall asleep and how many times they woke up, stayed low even after 3 weeks.

According to Australian researcher Liam Acheson, withdrawal symptoms depend on your brain chemistry. Since different people have varying brain chemistries, each person can have a different timeline of withdrawal.

Why does meth withdrawal happen? 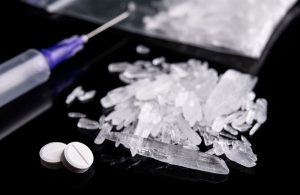 Withdrawal from meth is similar to that you can experience with other drugs. According to Acheson, it happens when you have used up all the dopamine and serotonin in your brain. Dopamine and serotonin are chemical messengers the brain uses to produce feelings of reward, satisfaction, and excitement. When you take meth, your brain floods your system with these two molecules, in turn providing a euphoric high.

Once you stop taking meth, your brain’s supply of serotonin and dopamine has already been depleted. This is what triggers withdrawal symptoms, which persist until your brain produces enough of these molecules again.

How much meth can I take before experiencing withdrawal?

Withdrawal can happen no matter what your dose of meth is. If you’ve only taken it once, you can still experience a comedown or a crash. Your symptoms will be less severe, though.

The best way to avoid withdrawal is to not take meth at all. If you already have, stop using it as soon as you can. The withdrawal symptoms may still be tolerable if you quit early.

How do I cope with the withdrawal symptoms?

If you decide to quit meth at home, it’s best to be prepared for any withdrawal symptoms that you may suffer from. With these coping strategies, the process will be more bearable:

But to ensure the best outcome of recovery, it is best to quit meth with professional supervision.

How can I safely quit meth?

If you have decided to stop using the drug but are concerned about withdrawal, seek professional help. Talk to your doctor or a recovery professional, and they will help you plan your treatment.

Usually, the first step of treatment is medically-assisted meth detox. The aim of this procedure is to rid your body of all traces of meth. This is often done in a hospital or a rehab facility. During detox, doctors and nurses will monitor your progress 24/7 until the end of the procedure. If you encounter any painful withdrawal symptoms, you can get help right away. The medical staff may also give you medications to counteract the most uncomfortable withdrawal symptoms.

After detox, you will be transitioned into further treatment, which usually involves behavioral therapies. These aim to address the mental aspects of meth dependence. Techniques like cognitive behavioral therapy (CBT) and contingency management therapy will help you develop healthy coping strategies that do not involve addictive substances. Soon enough, you will be able to live a drug-free life once again.